It’s #Fiction Friday and since it’s almost Easter, what better story is there to write about then Peter Rabbit?

I have such fond memories of this book as a child and also later in life as a mother reading it to my kids. No one can resist the adventures of the mischievous rabbit Peter. As I became a mom I always appreciated the dedication and love of Peter’s mother. She tried so hard to lead Peter down a path that would not follow in the footsteps of the sad demise of his father. I also love the illustrations with their black & white drawings touched and tinted by water colors. So soft and inviting. What a great Easter basket gift this book collection and a little stuffed Peter Rabbit would make for your child and/or grandchild. Shhh….don’t tell my little Aaron! I want it to be a surprise!

My favorite passage in this book is found on page 19, 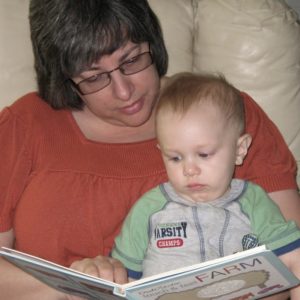 “Mr. McGregor hung up the little jacket and the shoes for a scarecrow to frighten the blackbirds. Peter never stopped running or look behind him till he got home to the big fir-tree. He was so tired, he flopped down on the nice soft sand on the floor of the rabbit hole and shut his eyes. His mother was busy cooking; she wondered what he had done with his clothes. It was the second little jacket and pair of shoes that Peter had lost in a fortnight.”

And a bit further on the author, Miss Potter, outlines the triumph of the obedient sisters,

“But Flopsy, Mopsy and Cotton-tail, had bread and milk and blackberries for supper.”

A classic book series that has been delighting families since 1902. And if you have wondered more about the author, I highly recommend the movie called Miss Potter, which came out in 2007 and stars Renée Zellweger and Ewan McGregor (funny that his last name is the same as the farmer in the story?) I watched this recently and enjoyed it immensely. I find it so refreshing and encouraging that Beatrice persevered to get her book published despite the overwhelming attitude of “men” during this Victorian era time period. Being a writer was a male occupation with only a few rare and strong-willed women breaking through that barrier of sex. Would I have had the same gumption? I hope so.

In keeping with the theme of little animal stories, I want to share a small snippet of a book that I started writing over 20 years ago. I had actually worked very hard to get it published and made it to a “final three” at a major publishing house before I received that dreaded final rejection letter. It discouraged me so much that I stopped sending stories out. This past week, I read several of my stories to my family, including little Aaron (age 4.5). He declared this story his absolute favorite out of all of them. So I am encouraged to try again with a bit of revising and tweaking. Maybe it’s time to get back on the “publisher submission” train?

This is the story of Kurz and Katya by Connie Nice (dedicated to Mutti). It is a sensitive journey of two very different kittens that share the special love of a brother and sister.

“One of the kittens was very beautiful. She was sleek and shiny. Her fur was like velvet to touch. Smooth and soft. She had a tiny pink nose, and little pointed ears that stood straight up. Her eyes shone like the sun. Bright and golden. Her paws were just the right size, and when she walked, it was like watching a graceful ballerina dancing. Her meow was just a tiny little sound that would never disturb anyone. But the most beautiful part of Little Girl Kitten was her long, black, flowing tail. As she walked, it waved gently….”

I can  imagine the wonderful illustrations that would go with this story in a style like those in Peter Rabbit, soft watercolors with crisp black lines. 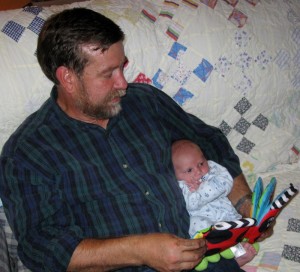 I have asked my two kids, now grown adults, what they feel we did as parents that had the most influence on them in school and later in adult life. Without a doubt, their answer is reading. It started when they were very small babies. It continued on even as they grew older and could read for themselves. We always set aside family reading time on the evenings that Dad was home from work. As the weeks progress with #FictionFriday, I will be sharing some of our family favorite read-aloud books. Reading does make a difference. Check out this article called Importance of Reading Aloud. It outlines the value of reading to kids starting as young as a few months old for some interesting facts.

Celebrate #FictionFriday with your family today. If you don’t have kids at home to read to, then download an audio book to enjoy or read aloud with a friend. Just turn off the TV….Read a book…It’s #FictionFriday!