Bacon! It seems like bacon pops up more and more in today’s cuisine world. Last night on the food network channel, the show America’s Best Cook featured desserts that had to include bacon as an ingredient. The process of taking a cheap meat staple such as pork and curing it by turning it into bacon has been around for hundreds of years. But now, entire cooking competitions worldwide are focused on bacon, challenging competitors to take it to a whole new level with bacon cupcakes and bacon sriracha lollipops. In a recent interview, Food & Wine editor Dana Cowin told TIME. “There’s nothing about bacon itself, it’s what people are doing to bacon.” While you might think this section of Our Five Senses is about the taste of this delectable salty meat, it is actually about smell. Just one whiff of bacon cooking and I am transported back to the year 1968 and my grandmother’s house. 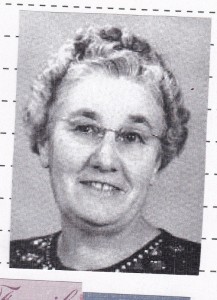 My sister and I always slept in the upstairs guest room of Grandma’s one hundred year old farmhouse when we visited overnight. The room is cold in the morning even during the summer months. It has a huge metal frame bed piled high with homemade quilts. The floor is a very cold old-fashioned linoleum; blue with painted pink flowers. Roses I believe. As the sun peeks in the window to announce the new day we start to hear Grandma stirring around in the kitchen below. Grandma was a strong hearty pioneer type woman with a big loving heart, who followed her beloved Albert to Ashland, Oregon during the depression. The only time I ever saw her without an apron on was during church on Sunday morning. She never had much in the way of worldly goods, but we never went without when we were there. She had a garden that was designed to delight all the senses with a combination of cutting flowers and vegetables. In the morning she started each day by cooking bacon. It didn’t matter if we were having flapjacks or oatmeal or eggs, breakfast always included bacon. The smell climbed up the stairs, winding itself around the old wood banister and then gently knocking at our door. If we did not respond, it called to us through the keyhole and then quietly slipped under the door and wrapped itself around us as we lay still drowsy in the giant feather bed. “Get up Diane.” “Get up Connie, it’s time to start the day.”

We were pulled from our slumber by the smell of the bacon and we quickly jumped up to get dressed, hopping on one foot and then another to avoid putting our bare feet on the cold linoleum floor. Grandma had a rule in her house. You don’t get breakfast until you are dressed. No pajamas found their way to the breakfast table. We quickly finished dressing and bounded down the stairs, through the living room and into the dining room and kitchen. There the smell of bacon was the strongest and there was my Grandma, standing by the wood cook stove. The coffee was perking on the burner on the back of the stove, the bacon was sizzling and popping, and a homemade pancake was just ready to turn. I always thought that my Grandma was so beautiful. Her floral print house dress was always covered with a clean colorful apron and no matter what time of the morning it was, her soft white hair was always styled and perfect. And while it may seem odd or strange, this special image of my Grandma always comes to me when I smell bacon cooking. It is a happy memory. A memory of that warm country kitchen, good cooking and lots of love. It is a memory of family and togetherness. 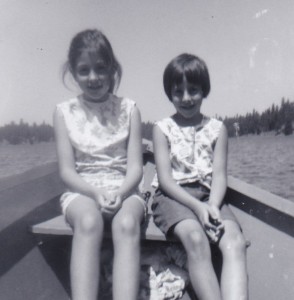 Scientists say smells start to imprint on us even before we are born. In a recent article by Sarah Dowdey for How Stuff Works, (Dowdey, Sarah. “How Smell Works” 29 October 2007. HowStuffWorks.com), she says,

“Because the olfactory bulb is part of the brain’s limbic system, an area so closely associated with memory and feeling it’s sometimes called the “emotional brain,” smell can call up memories and powerful responses almost instantaneously.”

It could be the smell of a specific flower from your senior prom, or that seductive smell of a brand new car. For me, another smell that brings back strong memories is curry. It transports me back to Sri Lanka and the open air spice market in Columbo; and from there my mind repaints a picture of the people and places I experienced when I visited there in 1982.

Even in the marketing world, smell is used to take us on an emotional journey, such as the smell of chocolate chip cookies baking in an oven when we go to a real estate open house. Smells enter through our nose and then rush into our brain to produce a strong and immediate emotional response.
Here are just a few of my favorite smells (maybe they are your favorites too):
1. The damp, wet earth after a summer rain
2. Coffee!
3. The smell of a new book when you first open it
4. Coffee!
5. The smell of a campfire and leather (it’s a whole new story to be told later)
6. Fresh picked strawberries
7. A barn filled with animals and hay
8. My husband’s wood shop after he has been building something
9. Lilacs
10. Did I mention coffee??

Take a moment to think about the smells that surround your day-to-day life. Good or bad, they all evoke some type of emotional trigger in your brain. Time to share. What are your favorite “emotional” smells?