Gaming…and I mean playing video or console games…is something I never intended to get involved with.

I had watched my kids grow up with gaming and at times become pretty obsessed with it. But a few years ago, my adult kids got us a Wii game console for Christmas. I think it was out of desperation to have something to do over the holidays. We had so much fun. Golf, racing and big game hunting became our past time while we watched the snow piling up outside. It was fun to get up off the couch and just laugh and have a good time. 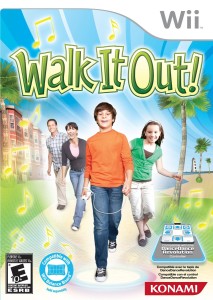 After the holidays, I began to use the Wii as a mechanism to get some much needed exercise. I boxed, played tennis, baseball and walked. One of my favorite “workout” games is Walk It Out – Nintendo Wii

! By Konami. (rated E) You put your controller in your pocket, turn up the volume and walk in place to the beat of the music. It then takes you all around a town. Jump up and get the stars to make extra points. When you get all the color dots it makes a beautiful rainbow. The music is catchy and it’s fun. The “encouraging” announcer’s girl voice is a bit annoying, but she is trying to be motivating. At the end of your session it charts your progress and reminds you of your goals and achievements each time you log on.

But I wanted to play games with my grandson. When he was three I started trying to find games specifically for his age group. It was harder than I thought it would be given that the Wii was originally targeted to families. Most games were too challenging or had hard to understand control uses or more mature content and themes. And I didn’t want anything that was super violent, scary or gory. We started playing Super Smash Bros. Brawl

by Nintendo. (rated T) It was a good game for him to learn about the control buttons and he enjoyed it when he actually could beat Grandma. He’s always Mario and I’m always Kirby! My search continued.

by Sesame Street (Warner Brothers Games). (rated C for early childhood) This game is all about alphabet adventures and had a really cute little red fuzzy cover for the controller that makes it look like Elmo. He used the controller by shaking it, tipping it or jumping to make his way through the game. It did help with his letter recognition, but much like watching Sesame Street, it was very repetitive and he usually only lasted about 20 minutes before he was bored. This one also took a bit of Grandma supervision.

The next two games I purchased were for Christmas last year. They were a huge hit!! 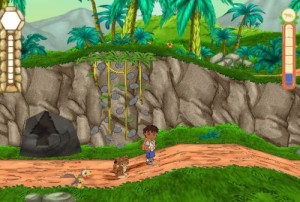 by 2K Play (rated E – Kid tested). We absolutely love, love, love this game. The story line of Diego rescuing dinosaurs is great. The graphics are easy for him to see and understand and the full body action with the controller makes this great fun. At first he had to stand on a sturdy chair so the control viewer could see him and register his movement, but now he is taller and can stand on the floor. He does not get tired of this game and will play sections over and over. A winner in my book. He does most of it by himself but Grandma loves to watch! 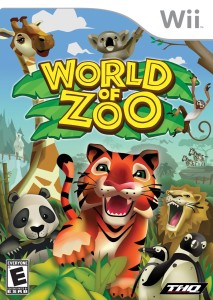 by THQ (rated E). This one has taken us a bit to catch on to how the whole thing works and the various type of play. Sometimes you are in the animal exhibits interacting with the animals (a.k.a. cleaning up their poop and washing them), and sometimes you are playing scavenger games. We only have a big cat exhibit (which now we know is one of the hardest) and a giraffe exhibit (they are a bit stubborn). I like that the animals grow up from babies to adults and you get to add things to their homes as you progress. The control is sometimes hard for him as he has to move the control cursor arrow over specific areas and when you’re five it takes a steady hand…actually when your 55 it takes a steady hand too. Now that we’ve got this one figured out I’m sure we’ll be adding to our zoo as the years go by. Be warned, the first time the animals started getting sick (green bubbles from their mouth, stumbling around, falling over), I panicked. I thought it was going to die right in front of my grandson. But we figured it out, used the medical scanner and made them all better. Whew…that was close.

One game that I have to say I can’t really recommend for this age is LEGO Batman 2: DC Super Heroes – Nintendo Wii

by Warner Brothers Games. We started out thinking that since Batman was the star, if the second controller was Robin, it would just bounce along with Batman and play the game. Wrong! My grandson gave up and my daughter and I spent an entire afternoon trying to get anywhere in the game. Even with her years of gaming experience, we finally gave up. For hard core experienced gamers of all ages, but not for us.

This summer I had the privilege of helping my daughter out with child care as little guy was transitioning from day care to getting ready for Kindergarten this fall. Aaron wanted to play the Wii so I got another game that I thought looked good. Zhu Zhu Pets: Wild Bunch with Zhu Zhu Hamster – Nintendo Wii (Limited Edition with Hamster)

by Activision (rated E) has been so much fun. Again, there is a learning curve to all these games. If you aren’t a gaming expert like me, I suggest you try it all out when you don’t have a 4 ½ year old impatiently waiting and asking “why can’t I do it?” Then after you have the hang of it, just start over with a new profile with your grandchild and you’re good to go. We love these cute little hamsters and their adventures to find stars, coins, etc. They also have to “tag” the wild bunch characters when they come across them during play. The wild bunch are raccoons, rabbits, beavers and squirrels. They are so cute. Even though this game gets harder and harder as you go along…and there are a few places that are a bit frustrating as you try over and over to reach the golden door to the next level. We have had a BLAST! One of the things I love is that when you do it wrong, you don’t die. There is no limit to time. It’s just plain fun and one of our favorite things to do in the afternoon while we’re waiting for Mommy 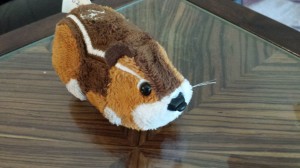 to come pick him up. Sometimes if we are really stuck Mommy sticks around and helps us. But, I also like that it’s pretty much our thing. We are bonding over a Wii game…how cool is that? Oh, and our Zhu Zhu pet came with its own motorized Zhu Zhu named Nutters. I have now found, doing more research that the Zhu Zhu world extend way beyond the Wii game with toys, etc. Maybe for Christmas??

We still do all the traditional Grandma things when he visits. We read, take walks, make crafts and cook together, but I have to admit I feel like a pretty cool Grandma when we’re working together to get to the next level on Zhu Zhu Pets.

Maybe I’ll meet you and your grandchild in the gaming Zhuniverse?